The challenge of measuring sustainability

This project tries to grasp the reality of climate neutral design, into compact graphs and in simple, comparable numbers. In order to learn from existing best practices we went to Germany to see how things are done there. But there is a difference in the numbers Germans and Austrians use. The Germans for instance, look at the surface you can actually use for living, while in Austria it is usual to look at the total surface of a house, including what you cannot use, like the space of the walls. For many people, either way is abstract and difficult to grasp. Regardless if it is gross or net, X square meter does not make sense in itself as a number. Once the number of bedrooms in the flat is known or when the surface is compared to other, known places, an idea rises. Or if I know whether the surface is more or less than my present flat, I can imagine if it is ‘big’ or ‘small’.

A similar difference, but the other way around, seems to happen with prices: German prices include VAT, Austrian prices generally don’t. That is nice for businesses who can compensate the Value Added Tax in their accounting, but individual consumers can’t. They have to keep in the back of their mind that the price they need to pay will include as well the 20% VAT. On the price you need to pay for an apartment that really makes a big difference!

That is the kind of differences we constantly have to watch out for, as much as they may be open doors to the professionals. In this research project, our role as a group is to carefully look at numbers from our own perspective: what do we think is much or little, enough, acceptable, bad, or whatever. What is the meaning of these numbers? The professionals have their objective perspective. We try to bring these scientific numbers down to earth and next give them meaning fitting to our situation.

Visualisation of numbers related to mobility in the information center of the Climate Neutral Urban District of Esslingen (near Stuttgart, Germany). Foto: Vis-à-Wien

When comparing the alternatives, the ‘best case scenario’ is likely to have the best outcome for the environment, that is how it is defined. But how practical is this alternative when it comes to building and maintaining it? Can the materials be bought locally and are they available? Do they fit all the requirements for fire safety? And the question that dominates all others: does the ‘best’ solution have an affordable price? There are no right or wrong answers in this matter, just different perspectives. Quite interesting to compare them! 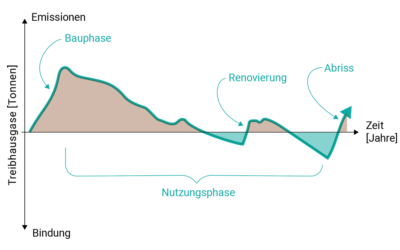 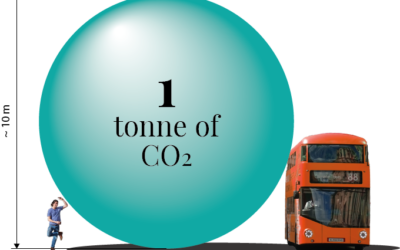 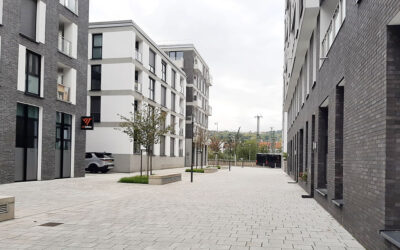